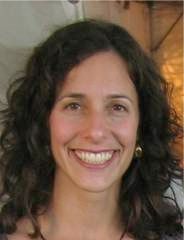 Melissa Chavin is an attorney at law and the sole practitioner at Chavin Immigration Law Office, located in London.

This email address is being protected from spambots. You need JavaScript enabled to view it.
Events
Media

Ms. Chavin is an active member of both the American Immigration Lawyers Association (AILA) and the EMEA Chapter of AILA (AILA RDC EMEA). She is a current member of the AILA national Ethics Committee (2013-2018). She speaks regularly on attorney ethics and practice management for immigration lawyers, including a panel at the AILA Annual Conference in New Orleans in June 2017. She was an organizer for the Fall Conference in Amsterdam October 2016 and spoke on the E Visas (Treaty Trader/ Investor) panel and spoke on the non-immigrant visa application Form DS-160 in Brussels, Belgium at the Spring Conference May 2017. A long standing member of the Chicago chapter of AILA, she chaired the Ethics & Unauthorized Practice of Law Committee from 2009 to 2012, and presented in March 2017 on unauthorized practice of Law in Chicago at the AILA Midwest Regional Conference.

Prior to that, she practiced corporate and real estate law at Clifford Chance, the London based Magic Circle firm in Moscow, Russia.

She graduated from the University of Connecticut School of Law in 1994 (JD).

She finished bachelor and master degrees in Russian Literature and Language (MA) and Russian Language and Civilization (BA) from the University of Pennsylvania in 1990.

She is fluent in Russian and reads French. She has a working usage of German. 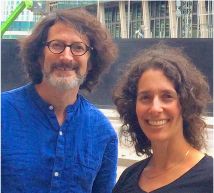 Steven D. Heller, highly regarded US immigration lawyer in the UK, is Of Counsel and directs Heller Immigration Law Ltd.

This email address is being protected from spambots. You need JavaScript enabled to view it.
Website

Mr. Heller focuses on inadmissibility and waivers for immigrant and nonimmigrant visas, as well as citizenship and other matters arising under the US Immigration and Nationality Act. Mr. Heller has over 20 years of US immigration law experience, including positions with nonprofits, law firms, and the USCIS in New York, Washington DC, and London. 1991 JD Georgetown University Law Center. New York licensed. Member AILA (EMEA and NY chapters) and New York City Bar Association.